Which N.J. counties have the worst air pollution?

When it comes to New Jersey's air quality, the state continues to be that odd student who comes home with a report card full of As, Cs – and Fs. 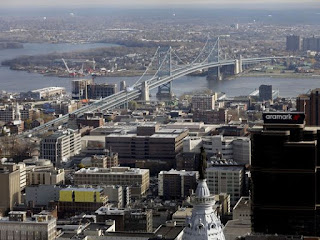 That's because Garden State air isn't too bad when it comes to soot – but has problems with the ozone produced by traffic, according to the American Lung Association's annual report.

Ozonemap.jpg
"You have high ozone levels across the state because there's a lot of people driving a lot of places," said Kevin Steward of the American Lung Association's Mid-Atlantic  division.

Air pollution from "particulate," or grimy soot, is less of a problem in the state because of its industrial profile combined with its geography:

The worst county in the greater Newark-New York metropolitan area? That would be Northampton County in Pennslyvania, home to some cement factories, Stewart said.

Because the Lung Association recognizes that lower levels of pollution can be harmful if endured day after day, it also measures annual pollution, and here the participating counties get their highest grades:

NJ Annual PM Map 2016.jpg
Once again, California cities and regions top the list of the 10 worst areas for pollution – a function mostly of its weather and topography, said Stewart. Ozone gets trapped in valleys, then the warm, dry sunny days bake it until it reaches dangerous levels.

"That's the disadvantage of having a topogrphay that traps air pollution and lets it cook in the sun," Steward said.

Posted by Evelyn Spinelli at 2:14 AM No comments: